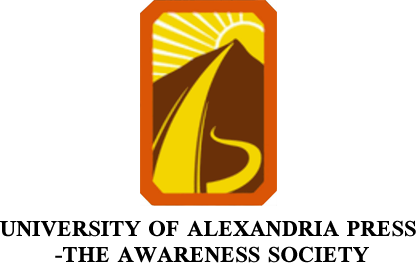 The incredible story of two young fun-loving men in junior college and their middle-aged girlfriends, searching for answers to Life and Universal Spirituality and Religion(nondenominational) in the egalitarian 1970s of delving into meditation, dealing with manipulative charlatans, issues of age differences and love, helping your partner to grow, a living Christ, and coming face to face with a true Christ or Godman at an American international airlines terminal for travelers and personnel, flight crews, and 20,000 aspirants waiting from around the world, who are overwhelmed by the powerful spiritual experience, being with the Master in the Astral World with its sensual temptations as tests, during Holy Baptism. Printed & Ebook soon(2002) 158 pages. Screenplay(2007), 129 pages.

A joint armed forces group of thirty commandos try to stop an invasion by Reptilian ETs with mesmeric voices and confusing word phrases, who dine on the flesh and blood of their victims, in ancient subterranean intercontinental tunnels below the Andes, and Antarctic continent in a Reptilian invasion base. Train with the best soldiers in the most deadly martial arts, Ninjitsu Aikido, take the ride of our life with commandos at over 40,000 miles per hour in ancient anti-gravity craft through the mantle of the Earth, and a chase to end all chases on a southern California freeway, and watch a dad and a son come face to face with the real and terrible version of their alien horror movie fascination in an action sci-fi thriller. Illustrations. Printed & Ebook soon(2002), 218 pages.  Screenplay(2008) 136 pages.

A U.S. Navy Commander of a Destroyer uses his warship as a PT Boat, daringly causing chaos in Japanese fleets about to engage the U.S. Navy; and the U.S. Navy during and after World War II secretly refurbishes its ships with free-energy generators and electric motors in readiness for a world war against Communism, develops other advanced Tesla Wave armament for ships, as the Navy avoids future Pearl Harbor attacks politically, and post-WW II history is rewritten by a united Armed Forces during the Korean War involving Communist-run Chinese and Soviet military.  Printed & Ebook soon(2007), 250 pages, Screenplay(2015), 111 pages.

Three archeologists in the Yucatan are shocked as they come face to face with an ancient buried invasion fleet of stellar craft and robots after decoding an advanced-engineered pyramid, only to be followed and protected from a dangerous jungle back to civilization and have the defense intelligence complex try desperately to be the first national power to utilize this advanced technology as the archeologists try futilely to flee the developing public confrontation, a hilarious meeting with a disbelieving attorney who finally overreacts with panic calling home to his young son, teaching the craft and robot computer language, number system, measurements, having the craft reverse medical problems, aging, making water and manna food, and, remarkably, building another craft readily.  Screenplay(2016), 86pages.